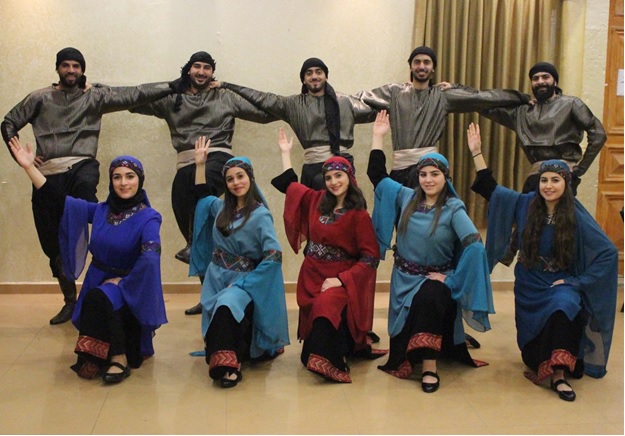 Nablus – Al Hayat Economic – The National Beverages Company Coca-Cola/Cappy (NBC) has provided its support to Hawwa Society Center for Culture and Art (HSCCA) in Nablus. The support includes a donation of a video camera and a laptop as well as a supply of uniforms for HSCCA Canaan Band for Palestinian Debka (folklore dance), composed of 36 dancers.
Mr. Imad al-Hindi, General Manager of NBC, emphasized that this support comes within the context of the social and sports responsibility that NBC undertakes towards the various social and sports institutions in Palestine and the cultural centers that serves social strata, especially the Youth and women.  NBC is keen to fulfil this responsibility by providing all forms of support in recognition of the various activities that such institutions offer to contribute to developing and empowering the society and establishing a conscience loyal environment that is ample for creation and innovation.
Mr. al-Hindi expressed his pride with HSCCA, which seeks to maintain the Palestinian identity and folklore through a Debka band and choir; and its vital role in promoting the cultural affiliation among the community members by presenting cultural and artistic programs and activities.
Mr. al-Hindi further stressed his hope that such contribution by NBC enhances the development of HSCCA work, due its significance to the Palestinian women and community in general.
On her part, Ghada Abdul Hadi, Head of HSCCA, commended NBC and valued its role and continuous efforts in providing all forms of support towards the social and national sports and cultural institutions all over the country and providing the required support to HSCCA in particular. “We, in HSCCA, are honored with the presence of NBC and its non-stopping generosity and support to the institutions and people of its country”, she added.