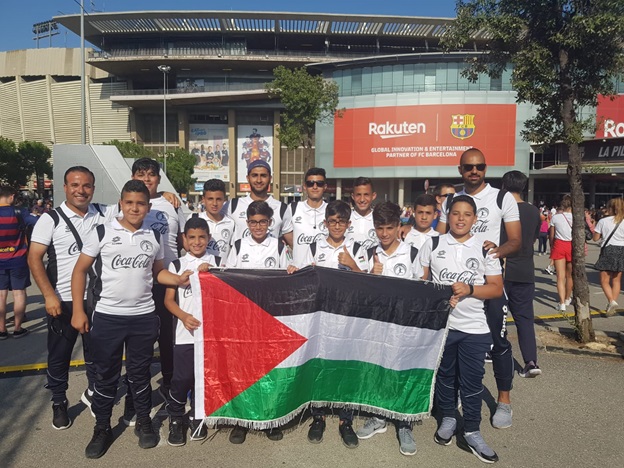 Beitunia – Alayam: The National Beverage Company Coca-Cola/Cappy (NBC) sponsored the Football Team of Academy of Creativity and Excellence for Football during the participation of the team players in a training camp in Barcelona, Spain.  The sponsorship included providing the team with sports uniforms branded with Coca-Cola logo, in addition to covering some of the players' travelling costs.
The training camp in Barcelona lasted for 10 days under the supervision of Spanish coaches. The coaches, supervisors from the club, and the 14 players attended the Barcelona with Arsenal match at the Camp Nou.
Mr. Imad al-Hindi, General Manager of NBC, said that the participation of Palestinian teams of youths and youngster groups in international training camps plays an important and essential role in refining their skills, building their personalities, and developing their abilities. He affirmed that the company's keenness to always contribute to sponsoring these participations and providing the necessary and possible assistance and support, in order to raise the level of their sports performance and introduce them to sports communities abroad.
Mr. al-Hindi praised the role of the academy in embracing children and enhancing their performance in football, adding that visiting Spanish clubs such as Barcelona and Real Madrid is the dream of many young sports talents, while the physical impediment often obstacles the way towards achieving these dreams. He also thanked the academy's role in coordinating with those who are in the training camp and wishing them further progress and success. 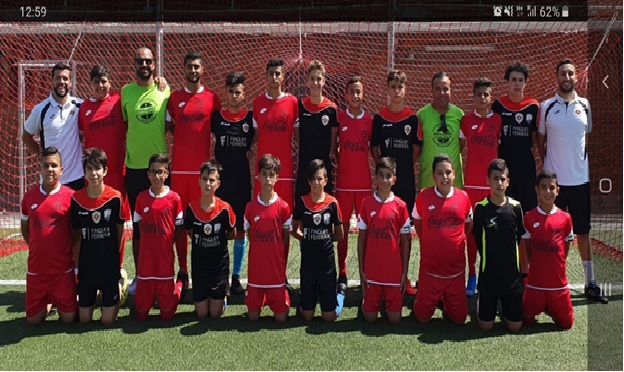 On his part, Ihab Daifallah, the Supervisor of the Football Team, said that the training camp was a qualitative addition to the experience and skills of the coaches and players, where they have acquired more knowledge, skills, and modern methods of training. He also praised the role of the Arab community in Barcelona, which received the delegation of the Academy warmly. He appreciated the support of NBC and thanked its management on behalf of the Director of the Academy, Dr. Alaa Al Zeer, and Sulaiman Daifallah, the managing Director, hoping for more cooperation with NBC in the coming years.
Deifallah explained that the Academy of Creativity and Excellence for Football, based in Beitunia, specializes in training children in football. It includes the coach of the national Olympic team Captain, Mustafa Abu Kwaik, and the ages of children are between 10 and 15 years.
He also added that the primary goal of the Academy is to protect children from the dangers of emptiness and the vices surrounding them, and to keep them away from modern electronics, by enhancing their physical fitness, familiarizing them with their community properly, in addition to embracing the children with special needs, such as children with autism. Sports engage these children in their communities, integrate them, and change their behavior.