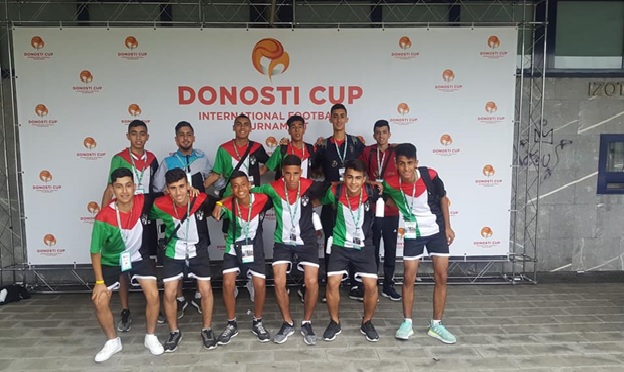 Ramallah - The National Beverage Company Coca-Cola/Cappy (NBC) sponsored the participation of 37 children from Rawahel Association Charity in coalition with the Ramallah Sports Academy in the International Donosti Cup Tournament, in San Sebastian, Spain. NBC provided special sports clothing for the participating children. The children participated in three sports teams for the ages (2002-2003), (2005-2006), and (2006-2007).

Mr. Imad al-Hindi, General Manager of NBC, expressed his happiness with the contribution that NBC made to the children for their participation in the Spanish football championship. He stressed that the sponsorship of the emerging teams is one of the most important priorities of NBC's management, in addition to empowering and supporting associations, clubs, and institutions that embrace these teams and sponsor the age groups of children and young people, which contributes to raising up a distinguished next generation at various levels, especially sports levels.

Mr. al-Hindi congratulated the Rawahel Association team for its outstanding results in the tournament, adding that the Palestinian teams have always been able to raise their country's name in the international and regional championships, which deserves the support and attention of all authorities, institutions and private sector companies. Mr. al-Hindi stressed on the pride of NBC's management to be a distinguished partner and an essential supporter of the emerging teams for both genders, so that they can raise their performance to the global level, refine their talents, and keep up with them continuously. 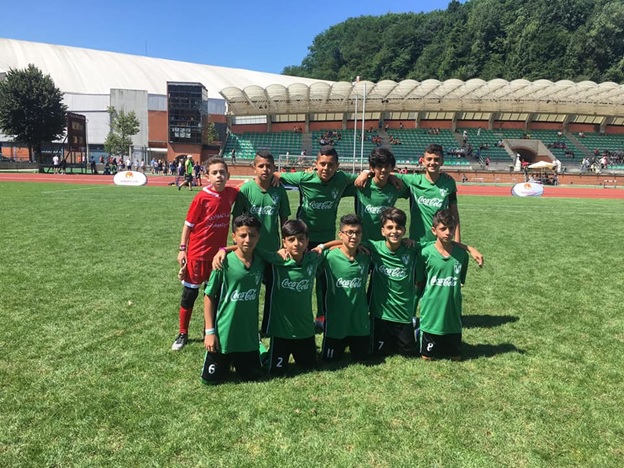 About the participation, Rami Abu Mazen, Public Relations and Media Officer at Rawahel Association Charity, said that the players presented outstanding results in the tournament, in which the teams played matches against high-level international teams and managed to qualify to the second round. With the participation of Kifah Odeh, Palestine's ambassador to Spain, the children also planted an olive jar for peace in front of the stadium of the Real Sociedad Club, which hosted the tournament.
Abu Mazen thanked NBC for presenting 40 sports uniforms for children that were green and distinguished by Coca-Cola logo, wishing for further cooperation and partnership with the company in the future, especially in supporting the Rawahel Association team for girls who recently returned from Norway after participating in the Norwegian International Championship 2019. He added that Rawahel Association is a non-profit charity based in Tulkarm. It has participated with 15 children, and it is concerned with the talents of children and gives special attention to sick children, children with special social cases, orphans, as well as children with disabilities