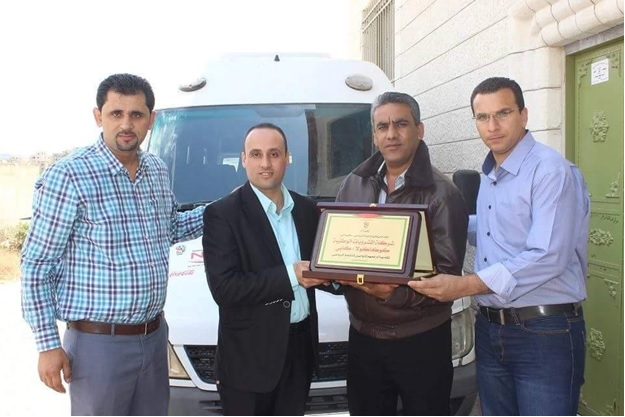 Salfit – The Management of Zawya Sports Club, represented by Ghassan Abdul Latif Nabaa, President of the Club and Hashem Aamer, representative of the Higher Council of Youth and Sports, honored the National Beverage Company Coca-Cola/ Cappy (NBC) in appreciation and recognition of its support to Zawya Sports Club. The honoring ceremony was attended by Alaa Esawi and Nihad Darwish.
The President of Zawya Sports Club extended thanks to NBC for supporting the Club and helping it to meet a part of its needs. He said: "I wish this support is the beginning of permanent cooperation and I wish further progress for this great company, which has always supported and assisted the institutions of the local community."
On his part, Hisham Aamer expressed his pleasure and satisfaction with NBC's initiative, which promotes and stimulates institutions to become innovative and excellent, especially that the support in this case is provided to one of the excellent clubs at the level of the Arab region, which performs a significant role embracing the Palestinian youth.
On his part, Alaa Esawi extended thanks to the club management for this generous gesture and confirmed that NBC is proud of the partnership with Zawya Sports Club to meet the aspirations of the youth and junior players by developing their volleyball skills. He added that NBC is committed to support the local sports clubs in line with its support to the national sports in Palestine.