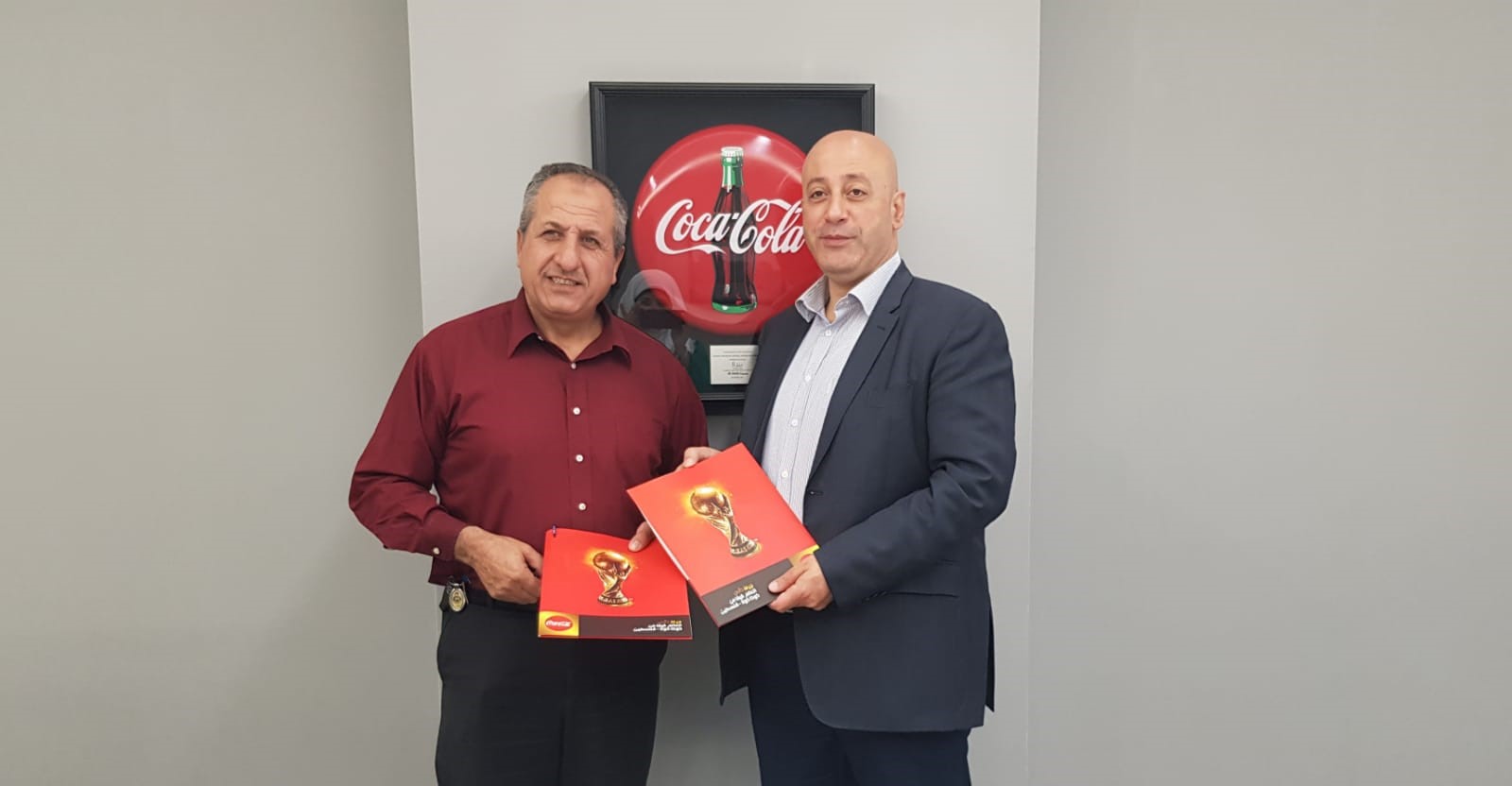 Beitunia – The National Beverage Company Coca-Cola/Cappy (NBC) signed a sponsorship agreement with the Football Academy of Al-Bireh Youth Foundation, whereby NBC will sponsor the teams of 2004-2005 age groups comprised of 40 athletes. The signing ceremony was made in NBC's headquarters in Beitunia in the presence of Mr. Imad al-Hindi, General Manager of NBC, and Mr. Omar Ata, the Chair of the Management Board of Al Bireh Youth Foundation.
Under the agreement, NBC shall provide support for teams in terms of sports clothes and supplies.  During the event, Mr. al-Hindi praised the efforts of Al-Bireh Youth Foundation in applying the right steps necessary to build up successful sports generations, and in taking care of the young age groups of males and females.  He stressed that NBC's management is proud of the partnership with the Foundation for the fifth consecutive year, and that NBC will continue to support the Football Academy, seeking to provide a suitable sports environment for training and professionalism.
Mr. al-Hindi wished further success for the Football Academy's teams of different age groups, stressing NBC's keenness to support sports institutions that embrace the age groups of young people, and refine their physical skills, enhance their talents, and enable them to participate in local and regional tournaments.
On his part, Omar Ata thanked NBC's management on its ongoing support for the youth and its honorable attitude as a leading company in supporting national and sports clubs and institutions. He added that the football academy of the foundation has been able during the five years to graduate players with high-level skills, and they have joined the national teams of age groups.
Mr. Alaa Al Saleh, the Foundation’s Secretary, noted the participation of Football Academy’s players with the national teams of age groups 2001 and 2004, while the Academy’s girls team plays in the first place within the President's Cup.