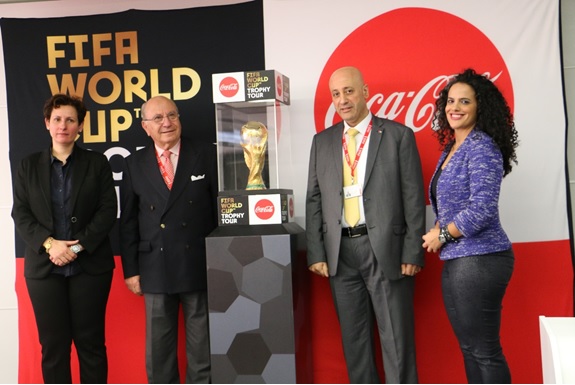 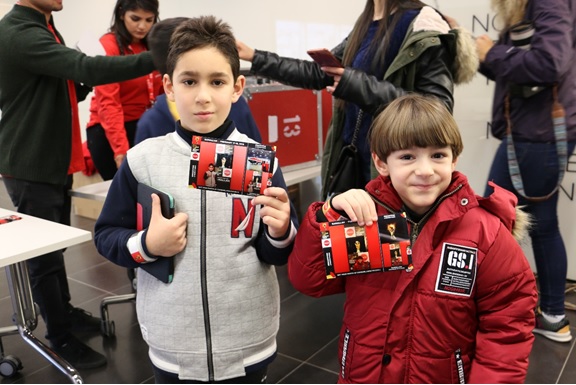 [Photo caption: Two kids show their ticket to take memorial photos with the Trophy]
Palestine hosted the Word Cup Trophy at the NBC headquarters at Beitunia during the period 17-19 February, which is the longest period allowed to host the World Cup Trophy. Palestine is also the first Arab country to receive the Trophy on its land, and then it will take off from Ramallah to Amman and then to Dubai to continue its global tour before it finally lands in Russia which hosts the 2018 FIFA World Cup.
The rally of winners of the draw organized to take memorial photos with the World Cup Trophy flocked to NBC headquarters which received thousands of people throughout the 3-day hosting event. Further, members and representatives of the local clubs and teams as well as the educational and community organizations flocked to the event.
NBC gave thousands of sports fans of all age groups the opportunity to register their names on a special website to be qualified for a random draw to win a chance to take a photo with the Trophy, as part of NBC’s dedication to organize the reception of thousands of delegates and persons in its headquarters to see the Trophy up close and to take memorial photos.