Silver Sponsorship for the 3rd International Jerusalem Football Championship Al-Hindi, General Manager of National Beverage Company Coca-Coal/Cappy: Our sponsorship of the football and basketball schools and academies in Jerusalem is our duty 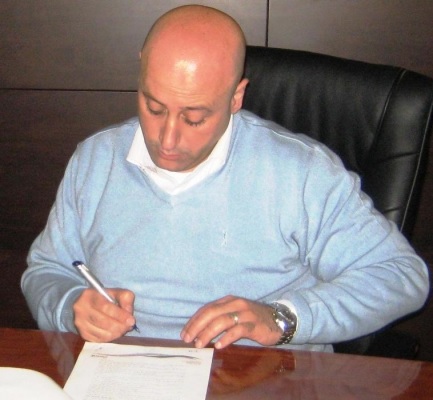 Jerusalem- Pal Sport News Agency - Mr. Imad al-Hindi, General Manager of the National Beverage Company Coca-Cola/ Cappy (NBC), confirmed that the NBC’s sponsorship and support for sports events in Jerusalem such as football and basketball academies and schools or sponsorship of major championships in the Capital Jerusalem is part of the ethical duty of the NBC; it is not a charity.  He confirmed at the same time that Jerusalem is always at the center of attention and it has priority in the agenda of NBC activities and sponsorships beyond the principle of winning or loss.
The statements of Mr. al-Hindi came during his interview with Pal Sport Network and News Agency after NBC has approved a partial (silver) sponsorship of the 3rd International Jerusalem Football Championship, which will be launched on the Jerusalem playgrounds during the first week of next April with the participation of teams from Jordan, local teams and a French team.
Mr. al-Hindi said he was happy that NBC has sponsored the schools and academies in the Palestinian clubs in general and in Jerusalem clubs in particular.  He added that by following up on such schools and their functioning during the last ten years, they learned that many of the current players in the teams of Jerusalem clubs started as children in such schools and academies and gradually grew up in their clubs; and some of them joined the national teams also.  Mr. al-Hindi affirmed that “NBC mission continues to support the Palestinian people whether at the level of health, education, or sports and that NBC will keep investing in the young age groups being the “Pillars of the Country”.
On his part, Firas Abu Mayala, Executive Manager of the Palestinian Academy for Football Talents thanked NBC, Mr. Imad al-Hindi, Director General of NBC, and Alaa Esawi, Technical Department Coordinator at NBC.