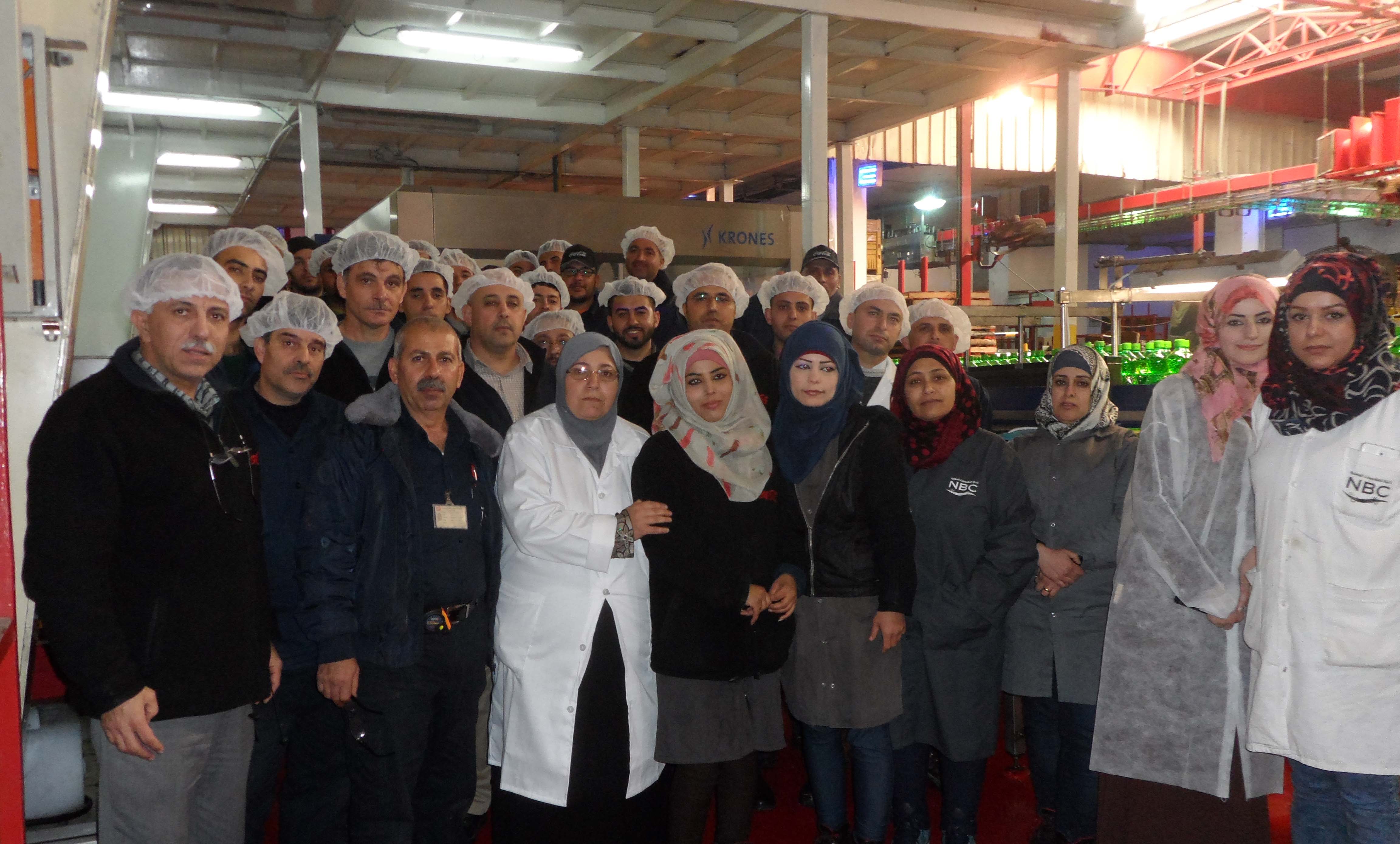 The National Beverage Company Coca-Cola/Cappy's factory in Ramallah received the "Coca-Cola Middle East Golden Award 2014" for being the best international Coca-Cola factory in the Middle East and Arabian Gulf for the second time in a row.
The NBC's factory won the award upon an evaluation carried out by the Referee Committee based on specific criteria focusing on adherence to the international Coca-Cola quality specifications and measurements as well as commitment to the international standards and specifications. Evaluation also covers the factory in terms of compliance with the applicable regulations and laws regarding environment protection and preservation of resources through the rationalized consumption of power and water.
According to Mr. Imad al-Hindi, General Manger of the National Beverage Company Coca-Cola /Cappy, NBC is committed to meet the growing current and future needs of the Palestinian consumer according to the highest levels of international efficiency and quality standards, stressing that NBC is committed to promote its position amongst other companies in the region and in the world being an exemplary company in terms of quality, and commitment to power efficiency principles in addition to its role in contributing to sustainable development in Palestine.
Mr. al-Hindi indicated that every year, NBC seeks innovative solutions to handle the challenges represented in the shortage of natural resources, the issue of power drain, and adopting production strategies that ensure a sustainable future for power and preservation of environment, in addition to maintaining product quality.
He said: "we are looking forward to contribute in achieving sustainable development which meets consumer's needs without compromising product quality or the environment; concentrating on striking balance between the environment and local product quality is one of our top priorities in the production operations in all of NBC's factories".
Mr. al-Hindi pointed out that NBC's achievement for the second time in a row drives the company to ensure maintaining of excellent performance and production levels in NBC's factories, adapt the current systems with the rapid changes in the industrial sector and growing market needs, with and requirements to preserve energy and achieve sustainable development, amidst the challenges and hardships facing the Palestinian market in order to support it with top quality products made by Palestinian hands.
He asserted that NBC managed to expand and deeply establish its position regionally and globally after its purposeful policies which harmonize seeking to achieve economic growth and honoring of the environment and society’s needs were reflected in all operations and stages of production and packing. The combining of this triple system; namely the economic development, preservation of the environment and natural resources, and community development, produces a robust momentum to build a strong and sustainable national economy.
“I dedicate this achievement to NBC's family and to the Palestinian consumer who appreciates the national product and have faith in NBC’s products seeking for the good taste. I also thank all of NBC’s staff for their loyalty and dedication to the company which contributed in our consecutive achievements. I would like to thank NBC’s Board members whose guidance contributed to NBC's excellence and continuity amid the exceptional challenges present in Palestine," added Mr. al-Hindi.