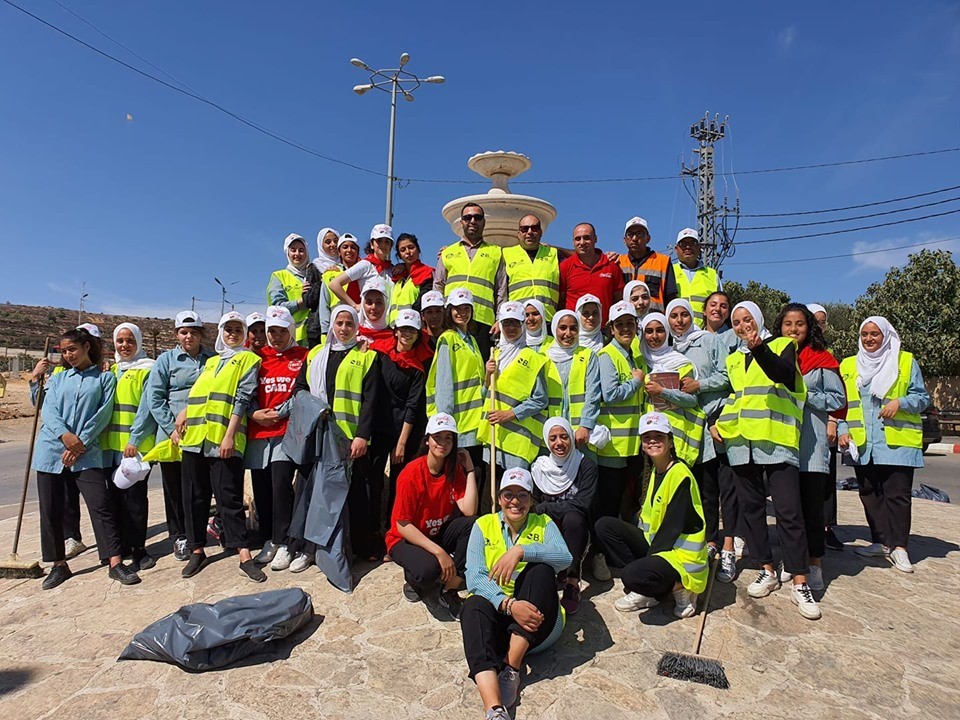 Bethlehem:  The National Beverage Company Coca-Cola/Cappy (NBC) sponsored the World Cleaning Day Campaign organized in Bethlehem by the Joint Service Council for Solid Waste Management in order to maintain the public health and environmental cleanliness and safety by raising the level of environmental awareness in the governorate of Bethlehem and promote the concept of cleaning in the community.
The Campaign targeted students from schools, public and private institutions, in addition to shopkeepers and private businesses, in order to create a culture of maintaining a clean healthy environment free from pollution of all kinds, as well as work on the reuse and recycling of waste, if possible and according to the possibilities available.
The Campaign has been launched this October in concurrence with the celebration of World Cleaning Day.  Its events will continue until the end of this year, and it includes several activities, such as distributing awareness leaflets and beautifying the targeted areas by planting trees and painting the walls. 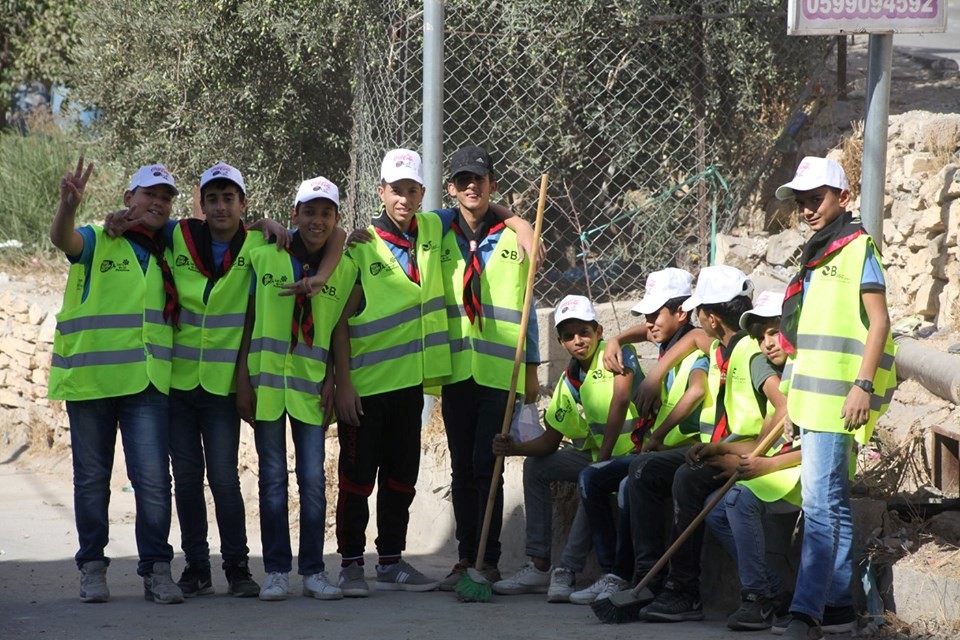 As a result of NBC's ongoing endeavor to disseminate the culture of maintaining a clean environment for future generations, Mr. Imad al-Hindi, General Manager of NBC, stressed the importance of implementing environmental campaigns at the governorate level, where NBC continues to sponsor environmental projects in cooperation with the various councils and institutions. Mr. Al-Hindi pointed out the importance of making school students aware of this field and strengthening their belonging to their communities by stimulating their innovative thinking to develop innovative environmental projects.
Mr. al-Hindi thanked the Joint Service Council for Solid Waste Management and Bethlehem Municipality for their interest in continuing the cleaning campaign, stressing the importance of implementing such campaigns in all Palestinian governorates. He also pointed to NBC's sponsorship for the municipality's program "Environmental Awareness for City School Students 2019-2020", which NBC signed at the end of last month with Ramallah Municipality, and it aims to raise the environmental awareness and make a change on the daily practices towards the environment for nearly 9,000 male and female students in Ramallah.
Mr. al-Hindi also referred that Environment-Friendly systems and polices that NBC apply in its plants and branches translate NBC's commitment to energy conservation standards and Environmental protection from pollution.
On his part, Eng. Iyad Abu Rudeineh, Executive Director of the Joint Services Council, said that the campaign is being implemented for the second year in Palestine, especially in Bethlehem, as part of the world campaign with the slogan "let's do it", in cooperation with Bethlehem Municipality, the Governorate Municipalities, , the Environmental Quality Authority, the Ministry of Local Government, the Ministry of Education, Bethlehem Governorate, the Governorate Scouts, Palestinian red crescent society, and a number of community institutions. 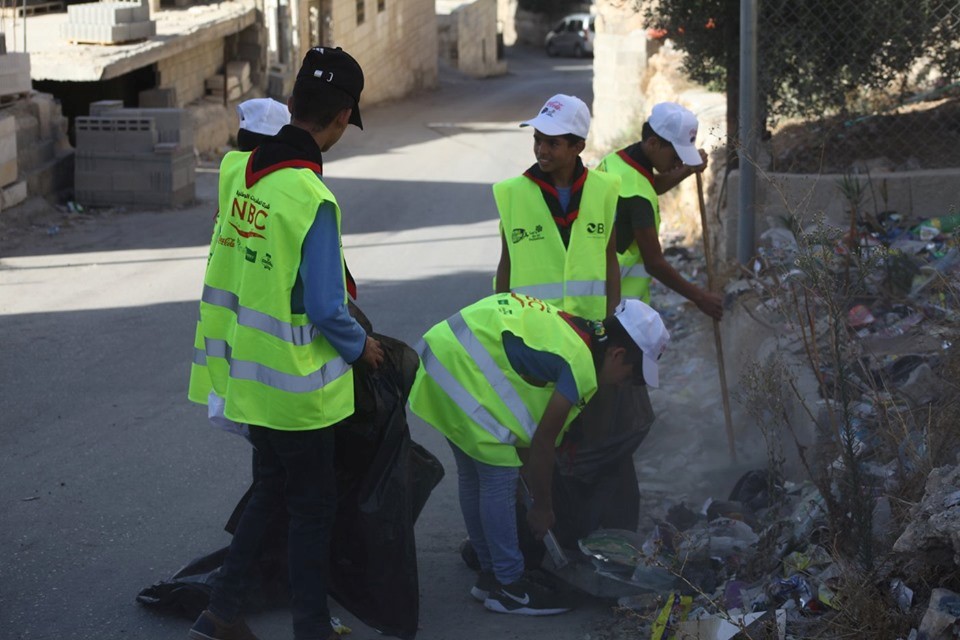 Abu Rudeineh added that the campaign, which also coincided with the celebration of the Arab Environment Day, was launched on the 8th of this month from the Nativity Square under the slogan "Bethlehem Clean Green". This slogan is launched by Bethlehem Municipality last year in cooperation with the Council. He explained that more than 1000 volunteers from school students, municipal employees and security services, set out from the square to clean up nearly 100 points throughout the governorate.
Abu Rudeineh praised NBC’s contribution to the purchase of the campaign needs of the volunteers' vasts and caps, in addition to providing water bottles and juices to the participants, stressing the importance of supporting national private sector companies to participate in the environmental awareness campaigns.