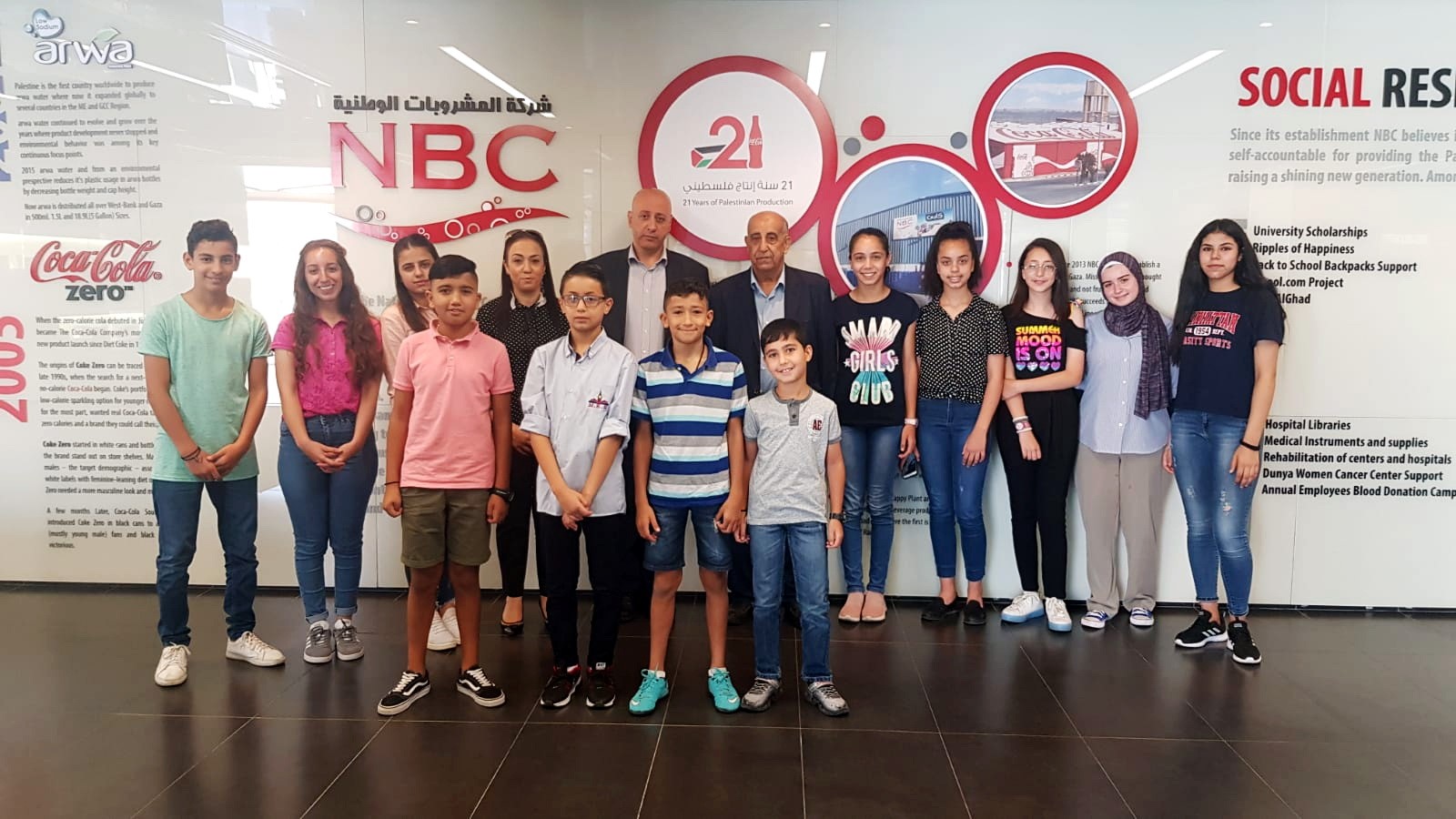 Beitunia- Al Ayyam- The National Beverage Company Coca-Cola/Cappy (NBC) hosted a ceremony in its head office in Beitunia to honor the fencing team who won medals in the various age groups in the local, Arabic, and Asian championships recently.
The ceremony was attended by Mr. Imad al-Hindi, General Manager of NBC, Dawood Metwali, Head of Administrative Body of Al Bireh Cultural club, President of West Asia Fencing Federation, and President of the Palestinian Fencing Federation, Rana Al-Asadi, member of the Administrative Body of Al Bireh Cultural club, and Alaa Esawi, NBC Technical Coordinator.
Mr. al-Hindi and Metwali distributed the honoring cups provided by Al Bireh Cultural Club Management, in addition to the gifts provided by NBC to a number of male and female athletes, namely: Malak Safi, winner of a silver medal in the Asian Fencing Championship held in Jordan under the age of 15 years, Fares Al Asadi, winner of a golden medal in the International Fencing Championship in Jordan under the age of 13 years, in addition to Dana Taher, Sarah Morad, Lamar Dereih, Sadyl Khattab, Razan El-Sherif, Yasmeen Al-Atili, Mohamed Al Asadi, Soliman Abo Ghoush, Jad Dereih, and Rami Nassar, who won silver and bronze medals in various championships.
Aseel Khattab, the team’s coach, and Rana Al Asadi, member of the Administrative Body, were honored for their efforts and support of the fencing team.
Mr. Imad al-Hindi said that the efforts exerted by the Management of Al Bireh Cultural club are evident and reflected on the improved performance of the fencing athletes in Palestine, as Al Bireh Cultural club provided the male and female fencing athletes with the appropriate environment for training and exercise. He emphasized the importance of the physical and psychological effects that reflect on the fencing athletes as they refine their characters and boost their self-confidence and the development of the bodily and mental structure,
Mr. al-Hindi said he is proud of such partnership which aims at supporting the junior and children in the sports and shedding the light on their bright talents, while the Palestinian children demonstrate year after year that they have excellent sport skills that amount to the international levels. He asserted that NBC is keen to provide them with the support and the necessary capabilities, in addition to refining the standard of outstanding and unique sports, such as fencing and other individual or team sports which were recently introduced in the Palestinian society.
Metwali affirmed that Al Bireh Cultural  club Management decided to honor 11 athletes of the fencing team in the presence of NBC Management to demonstrate appreciation of the company that has been providing support and sponsorship to the fencing teams of Al Bireh Cultural club for many years. He added that such amazing achievements would not have been possible without the support provided by NBC to the athletes, especially while they travel and participate in the international championships. “We hope to continue our partnership with NBC and to receive its support which gives up a powerful stimulus to move forward and attain the best results and win medals” added Metwali. Metwali then extended appreciation and thanks to NBC Management and the families of the fencing athletes who look after their children to master the fencing sport.
It is worth noting that last July, NBC renewed its sponsorship of the women’s fencing team at Al Bireh Cultural club for the fifth consecutive year.