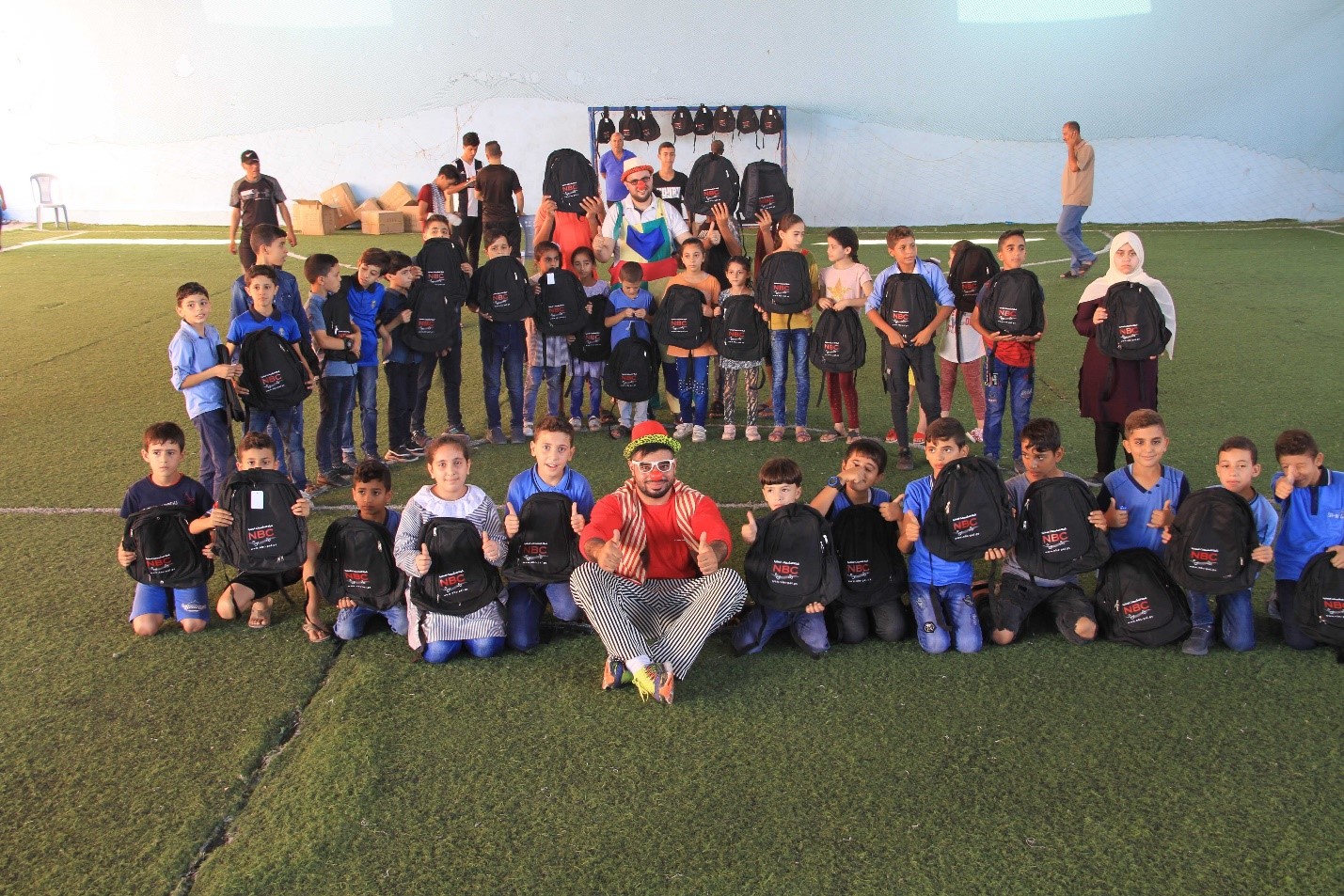 Ramallah- Al-Hayat Economic- The National Beverage Company Coca-Cola/ Cappy (NBC) completed the distribution of more than 6000 school bags in the West Bank and Gaza Strip, as part of BACK TO SCHOOL campaign organized annually by NBC in cooperation with the Ministry of Education, during which the bags were distributed to selected schools in remote areas.
The campaign also included the distribution of 1,300 school bags to a number of charities, orphanages and centers caring for sick and poor children in West Bank areas, in addition to 3,000 school bags in Gaza Strip in cooperation with Basmat Amal Association for Cancer Care.
In its turn, the Ministry of Education thanked NBC for organizing this annual campaign, which contributes to the support of students, and confirms the national companies' commitment to their responsibilities towards education.
Mr. Imad al-Hindi, General Manager of NBC, confirmed that NBC takes pride in its continued cooperation with the Ministry of Education. He praised the efforts of the ministry staff and their cooperation, by providing logistical support to NBC and facilitating the process of distributing bags to schools. He added, "we care every year to reach the less fortunate school students in remote areas, with the aim of bringing joy and happiness to children’s hearts".  He thanked the Ministry of Education and Basmat Amal Association for their cooperation in facilitating the delivery of bags to students.

Mr. al-Hindi added that the Campaign organized every year aims at supporting the needy students by enabling them to continue their education, and helping them face the financial, psychological and health challenges and circumstances.
On his part, Sami al-Jojo, General Coordinator of Basmat Amal Association, appreciated NBC's initiative that provide bags to families in Gaza Strip, indicating that the distribution covered a large number of associations and clubs in Gaza, Rafah, Khan Younis, Al-Shati, Al-Rimal and Beit Lahia, in addition to Al-Rantisi Hospital.