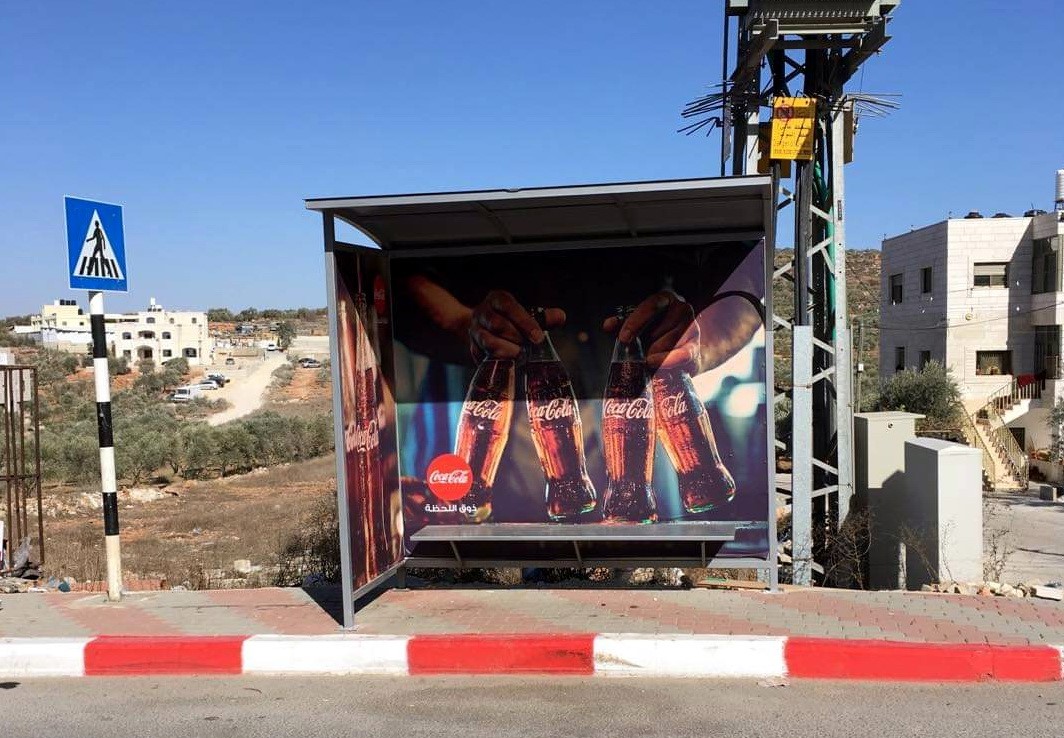 Ramallah - The National Beverage Company Coca-Cola/Cappy (NBC) donated a number of bus parking spaces for the council of the village of Khirbet Abu Falah in the northeast of Ramallah, where three bus parking spaces were constructed in various locations to meet the needs of the villagers as part the Company's social responsibility obligations towards the community of the various categories and segments.
In this context, Imad al-Hindi, General Manager of the National Beverage Company Coca-Cola/ Cappy (NBC), said that the donation to the village of Khirbet Abu Falah falls was made out NBC management's interest in contributing to the implementation of projects that serve the local community, especially in villages and camps, by providing the most important needs for its residents.   He commended the efforts of the village council in Khirbet Abu Falah and stressed the Company's keenness to continue cooperation with the village and municipal councils to serve the citizens.
Mr. al-Hindi added that NBC donation, the bus parking spaces, comes with the beginning of winter, where the villagers who use public transports lack places to keep them from rain and cold weather, hoping that these parking spaces will serve the purpose needed for serving more than 5,000 people.
On his part, Omar Hamayel, deputy head of Abu Falah Village Council, said that the parking spaces and waiting for buses are very important, especially for school and universities students and employees in order to protect them from the heat of summer and the cold of winter. He added that the three sun shades were distributed on the eastern, western region and in the center of the village. Mr. Hamayel also thanked The National Beverage Company Coca-Cola/ Cappy (NBC) for its continuous support to the village. He explained that the company has previously provided support for the mini-volleyball academy in Abu Falah, and also broadcasted the 2018 World Cup matches in the village through giant screens.