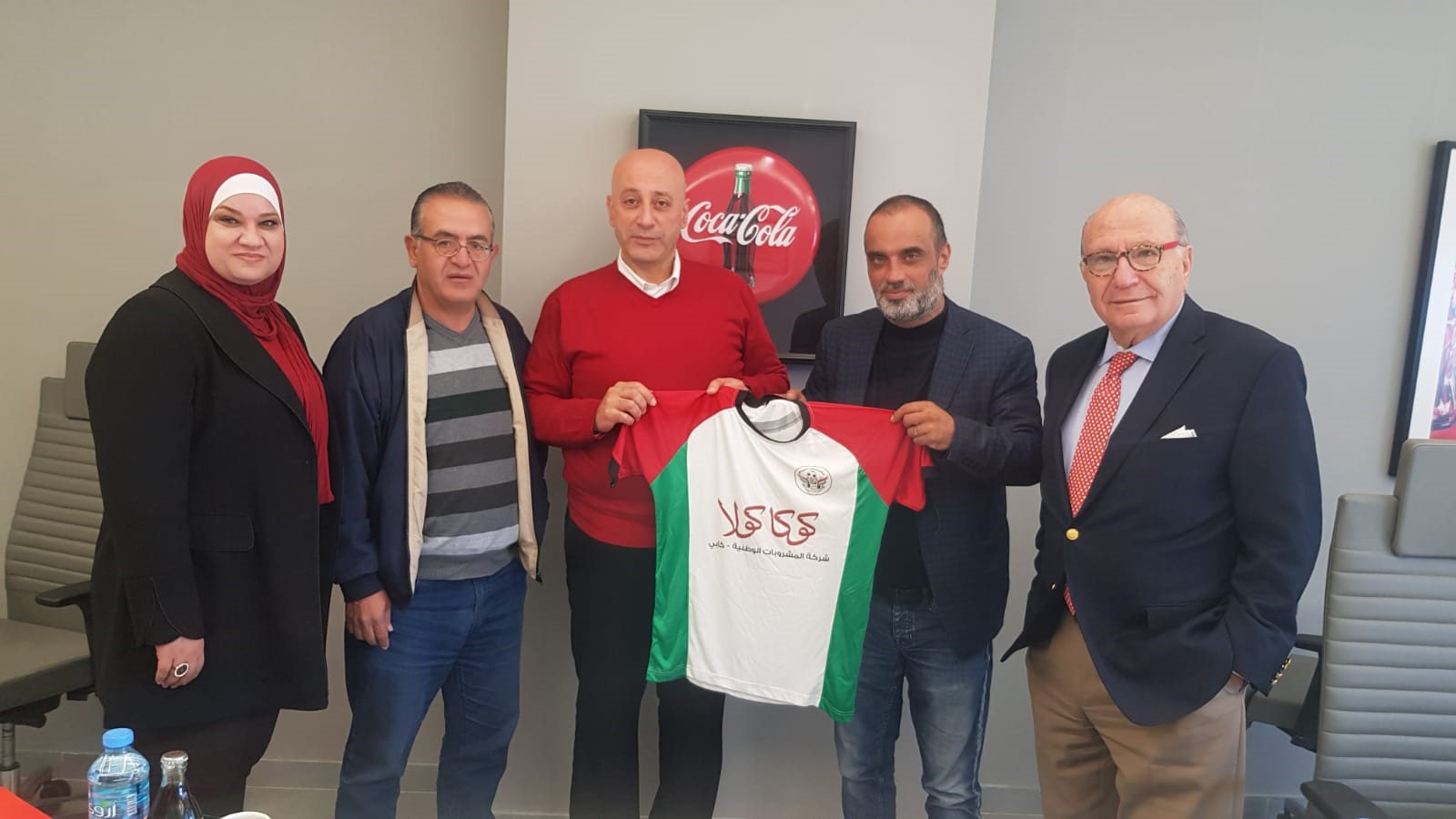 Betunia – Al Haya Sports
The National Beverage Company Coca-Cola/Cappy signed a sponsorship agreement for the football school of Silwan Club of Jerusalem in presence of Mr. Zahi Khoury, Chairman of NBC, Mr. Imad al-Hindi, General Manager, Mr. Marwan al-Ghoul, Head of Management Committee of Silwan Club, Ms. Samiya Sha'ban, Secretary of the Club, and Munir al-Ghoul, a journalist.
Under the agreement, sports uniforms and some training supplies shall be provided to the Football School which trains children of 8 to 16 years of age.   The sports uniform will bear the Coca-Cola logo for the football team.
Upon signing the agreement, Mr. Zahi Khoury stressed the importance of paying attention to and caring for the youth and children representing the future generation of the society; and confirmed that empowering these age groups to make achievements serves as a light illuminating the way ahead.
Furthermore, Mr. Khoury praised the recent achievements made by Silwan Club team at the local level and wished more progress and success for them.
Mr. Imad al-Hindi confirmed that the Company is keen to support Silwan Club for its track record in Jerusalem sports for more than five decades. He added that Company's management considers itself to be a friend and supporter of this club, especially in the field of supporting youth and children groups, development of the club infrastructure, trying to create and find unique sports stars among these groups.
Mr. al-Hindi stated that "We are ready to continue to support the football schools similar to Silwan Club School and the Club's great efforts to create a promising future for the children in Jerusalem and to prepare a generation of young people and juniors who have the spirit of competition and excellence".
On his part, Mr. Marwan al-Ghoul thanked the Company's management for its continuous interest in supporting Silwan Club which is the leading club in Jerusalem which witnessed a substantial and remarkable development within the past three years, where the senior team comes first at the partial professional league, where he indicated that Junior Team is one of the most important teams in Jerusalem at the level of young age groups, as well as supporting groups and embrace all age groups in various sports, community and scouting fields, where the club has about 150 members.
Mr. al-Ghoul pointed out that the club seeks, through utilizing its facilities and human cadres, to provide community support to the city people, where the club began to implement the "Woman Empowerment Kitchen" project which provides women with a work space to make food products and train them on E-marketing, while the multi-purpose hall provides people with a space for different celebrations and occasions, as well as providing supporting educational service to school students in various educational subjects.
The journalist, Mounir al-Ghoul, said that the Club seeks to strongly return to the professional league through the support granted by donors and philanthropists who joined Silwan Club Friend Association and finally, he thanked the National Beverage Company for its continuous support of the football school for the third time.